Posted on February 16, 2016 by schererdevries 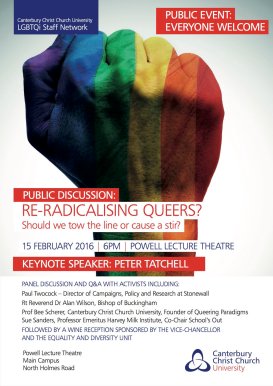 Due to a very public cancellation and accusations of transphobia towards Peter Tatchell, the event had a lot of media coverage.

Photographer and traveller through time and space.
View all posts by schererdevries →
This entry was posted in Uncategorized. Bookmark the permalink.